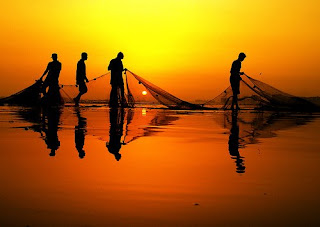 Over the past few years, I have read some interesting studies on the evangelism of the church in the first three centuries. What really jumps out at me is the high level of unyielding expectation alongside the proclamation of the Kingdom of God that brings true freedom, community, and joy. The early Church preached Christ as the ultimate victor.

In contrast to conversion of Jews which took place in a very short period of time, conversion of pagan gentiles usually took more time. Unlike Jews, pagans had little concept of God, his word, biblical ethics, godly virtue, etc. The church tended to classify pagans in the process of conversion as moving from being a seeker to a, hearer, to a kneeler, to faithful. The time of being a seeker was a time for Christian inquiry. The time of being a hearer was the time of receiving Christian instruction. The kneeler phase was the time of intense spiritual preparation for baptism. After baptism, the faithful were completely incorporated into and nurtured to mature faith by the church. So the early church had developed a clearly defined process of discipleship for those seeking to become a Christian.

When Hippolytus writes about evangelism, the picture we get is that no one was in a hurry to get pagans into the water. Since they were so clearly enmeshed in pagan thought, belief, world-view, and lifestyle, there would be a period of instruction and clear guidance as to what repentance means. It is clear that considerable thought went into what repentance means for pagans who wished to become Christians. Keep in mind that this is before the time of Constantine when Christianity became fashionable. At the time of Hippolytus, the church was still on the margins of society. Here is an excerpt from Hippolytus' The Apostolic Traditions, concerning those who were in the process of converting to Christianity:

What follows is a long list of various acceptable and unacceptable occupations and marital situations. Those involved in unacceptable situations or occupations were to change or "be rejected." Those involved in Romans entertainment, whether gladiatorial shows, dramatic shows, or other types of entertainment had to be rejected. Christian took a dim view of Roman entertainment because so much of it involved killing. A government official who wore purple had to resign or be rejected, probably due to his duty of carrying out capital punishment and the required allegiance to Ceasar. In fact, anyone involved in an occupation involving allegiance to Caesar or activity that was contrary to Christian ethics had to cease. If one was a military man in authority, he was not to execute anyone and was not to take military oaths. Christian's not already in military service were not to seek it. Then there are the more obvious changes that needed to take place, such as the pimps, prostitutes, pagan priests, or the one who is living in sexual sins.

This clearly demonstrates the early church's attitude toward the world. It was very clear that conversion meant a turning away from commitment to the rulers and authorities of this world and turn allegiance to Christ as Lord, living in community with his people. They were the Kingdom of God under the eternal lordship of Christ the victor king, and therefore refused any activity or occupation that either demanded allegiance to Caesar or involved activity contrary to Christian ethics. Expectations were clearly high. Their negative view toward Roman entertainment and their rejection of many, many "respectable" trades due to their connection with paganism, and their rejection of public office put Christians on the margins of society. Repentance was not merely saying one believed Jesus is the Son of God, but is was also about declaring allegiance to him. Anything and everything that conflicted with that allegiance was rejected. The Kingdom was social, political, and spiritual. It meant re-identification as a citizen of the kingdom. They didn't worry so much about public "respectability" and acceptance as they did about walking with Christ in his Kingdom which transcends this world.

Would setting the bar so high dampen the desire to become a Christian? It did not. In spite of the fact that Christians were marginalized at best and persecuted or killed at worst, a steady stream of genuine converts entered the church.

But there was another side to this picture. Christians were among the most compassionate people due to their conviction of the sanctity of life. The regularly rescued abandoned babies, rejected abortion, which often killed the mother along with the baby or rendered the mothers infertile. When pagans ran from disease, danger and other such things in an attempt for self-preservation, Christians sacrificially stayed behind and cared for the sick, destitute, and the helpless. Christians had a close bond with each other and took care of each other. There was a "social security" among Christians that amazed the pagans. If a seeker quit his trade in preparation to becoming a Christian because it was unethical or ungodly, he could rest assured the church would help him get on his feet so he could support his family. In fact, several early church writers referred to the church as "mother." What they meant by this is that the church's role in addition to evangelism was the nurture of believers into a mature faith.

As I reflect on all of this, here are some good qualities I see in the early church that we can learn from:

1) Clarity: The early church had a clear understanding of what their place in life was. They were not of this world and had been transferred to the Kingdom of God, which re-characterized their affections, loyalties, beliefs, and attitudes. They were citizens of Heaven, not of this world. They were very specific about what this meant in daily life. The Gospel of liberty freed them from bondage to the principalities of this world and united them to Christ as their ruler. Repentance was literally a change in life, not just something to be done "at church." No one coming to baptism would have been unclear as to what "conversion" meant.

2) Conviction: The early church was passionate about their loyalty to Christ as King, Lord, and Victor over the rulers, powers, and authorities. They were passionate about living as loyal citizens of the kingdom in a hostile world. Unlike many of the pagan religions, Christianity was not just a series of religious rituals, it was a lifestyle, a philosophy, and true template through which to view all of life.

3) Openness: The process of discipleship revealed that the church was open to outsiders. Among them were those who were "seeking" or "hearing" but not yet converted and fully incorporated into the church which happened at baptism

4) Compassion: The church had a reputation for compassion. Unlike pagans, they cared for their own and even cared for outsiders. Ministry to the poor, caring for the outcast, adopting children that were discarded, caring for the elderly, and the equal status among slave and free, men and women, foreigner and native all as brethren stood in sharp contrast to the pagan culture around them. This was perhaps the strongest apologetic for the Christian faith.

5) Nurture: The church had very clear steps for outsiders, especially for those with a pagan background. The classifications, seeker, hearer, kneeler, and faithful made it clear what stage they were at and white kind of nurture they needed. The rigorous instruction, mentoring, and nurture firmly grounded believers in the faith in a world they were no longer of. They taught them how to live in two worlds with their loyalty clearly in the next.