Government Can't Save You

Some people place all their hopes in government, political causes, and elections.  Someone once said that for some people, it seems as though politics is a religion.  This is nothing new.  I am reminded of how ancient Rome was a religion, complete with temples to worship Caesar.  At one point, even the calendar was reworked to begin with the birth of Caesar.

The Priene Calendar Inscription gives the rationale for the resetting of the calendar to begin with the birth of Augustus, since it was he who ended the previous era and began a new one.  This inscription, dated to 9 BC, says,

"Since the Providence which has ordered all things and is deeply interested in our life has set in most perfect order by giving us Augustus, whom she filled with virtue [divine power] that he might benefit humanity, sending him as a savior, both for us and for our descendants, that he might end war and arrange all things, and since the Caesar through his appearance has exceeded the hopes of all former gospels, surpassing not only the benefactors who came before him, but also leaving no hope that anyone in the future would surpass him, and since for the world the birthday of the god was the beginning of the gospel that came by reason of him . . . "

According to this declaration, Augustus was sent as a "savior" to "end war" and "arrange all things."  His birth is called the "beginning of the gospel."  He has surpassed all other benefactors before and after him, according to this inscription.

Whatever Caesar Augustus accomplished was short lived.  In 14 AD, death claimed him whom they declared as their "savior" and their "God."  He was no God and therefore died just like any other man.  To this day, he is still dead.  His kingdom is also dead.  His accomplishments rest on the ash heaps of history. The word, "Caesar" today makes one think of a salad rather than a God.

However, the name of Jesus is still the name of above all names.  His accomplishments endure to this day and are still increasing.   Jesus also died.  However, he rose from the grave.  The Christian Gospel is not just that Jesus, who is God, came into the world, but that he died and rose from the dead.  His death was redemptive.  His resurrection is hope.  He also established his Kingdom which continues to thrive until this day.  His Kingdom will last from this world and into eternity.  He brings peace not through political stability, but through wiping out our sins, redeeming us to God, and reforming our heart.

While Caesar's laws might regulate behavior depending on the presence of law enforcement, the Gospel of Christ is what transforms the heart and mind, something Caesar is powerless to do.  All attempts by the various kinds of Caesars of the world to establish a peaceful Utopia have failed miserably.  If history teaches us anything, then it is likely that our own country will one day lie in ruins as Rome does.  Those who put all of their hopes in the Caesars of today will wind up empty. 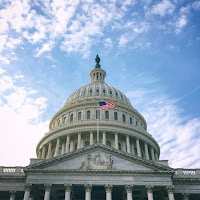 I remember seeing the picture of a president on the front page of a magazine at his reelection.  The title was "Second Coming."  That title spoke so much of how there were those placing their hopes in this political leader.  The only "second coming" that will ultimately save us is the second coming of Christ.  Jesus is our savior, our King, and our Lord.  He brings true peace now in his Kingdom, which will continue once for all in the New Jerusalem.  Jesus saves!