The Christian and Elections (all 4 parts) 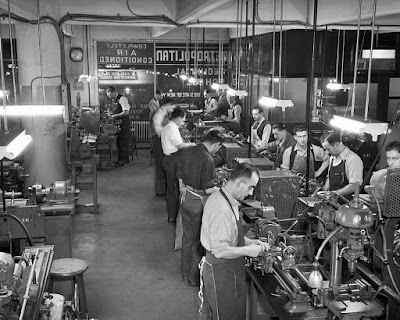 There are some holidays on our calendar whose meaning we reflect on, whether it is civic or religious. Whether it is Independence Day or Thanksgiving, these are days that were set apart to commemorate something important.

Labor Day was intended to be just that. As I understand it, this was a day set apart to honor the laborer and their contributions to society. Early Labor Day parades featured workers and labor organizations. I remember reading about a banner in one of these early parades that read, "Eight hours for work, eight hours for sleep, eight hours for recreation."

As I reflect on the nature of work from a biblical perspective, I am reminded that it is a reflection of God. God is a God that works, and he calls us, his people to work to fulfill his purposes. In order to understand this, we must find the true meaning for our work in the scriptures. 1 Timothy 2:15 says, "Do your best to present yourself to God as one approved, a worker who has no need to be ashamed, rightly handling the word of truth." If I am going to be an approved worker, I need to go to the word to learn what this means.

The place to start, as with anything else, is at the beginning, in Genesis. The reason one should start with Genesis is because this is what Jesus did. When they asked him about marriage and divorce, Jesus did not refer to the law of Moses, but went all the way back to Genesis, where God designed marriage and set the paradigm. The same is true for mankind and work. The very first command was to be fruitful, multiply, fill the earth, subdue it, and have dominion over it. This means that the taming, harnessing of the earth's resources, enculturation, and the building of society are all part of the mandate that God has given to the human race. Whether it is scientific discovery, teaching, art, literature, building, engineering, planting, growing, repairing, maintaining, cleaning, etc. it is all part of the mandate God has given to us.

This means that all work is ultimately God's work. This is why Colossians 3:23-24 says, "Whatever you do, work heartily, as for the Lord and not for men, knowing that from the Lord you will receive the inheritance as your reward. You are serving the Lord Christ." This means that there is no such thing as a "secular" job. All work is sanctified. Every individual person's work fits in some way with God's mandate to fill the earth and subdue it for his glory.

As God called mankind in Genesis to work in order to fulfill what many now call the "Cultural Mandate," he also calls us as Christians to work to fulfill what we call the "Great Commission." Redemption from the corruption of sin can only come through the Gospel. Romans 8:18-25 tells us that both the creature and the creation will be redeemed from the corruption of sin through Christ. To participate in his work of redemption, Jesus charged his followers to proclaim the Gospel to all creation.

All of this means that our Cultural Mandate and the Great Commission are connected. 1 Timothy 6:1 says, "Let all who are under a yoke as bondservants regard their own masters as worthy of all honor, so that the name of God and the teaching may not be reviled." Titus 2:9-10 says, "Bondservants are to be submissive to their own masters in everything; they are to be well-pleasing, not argumentative,  not pilfering, but showing all good faith, so that in everything they may adorn the doctrine of God our Savior." Working with honor and integrity is connected to the teaching of the Gospel.