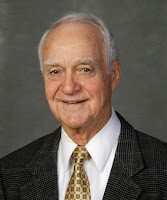 I still remember years ago, when I was a student at Harding University, someone submitted a prayer request for our preaching student chapel.  I don’t remember the details, but I do remember that they were praying for justice to be done.  Carl Mitchell, who was the Dean of the College of Bible and Religion added, "I let's also remember to pray for the perpetrator, that he can find redemption as well."  That really struck a nerve.  Everyone wanted justice, which may have bordered on a desire for revenge.  Dr. Mitchell's addition to the prayer request brought us back to the sobering reality of the cross.  The cross is a place of grace, redemption, and forgiveness. 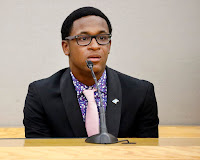 I was reminded of that once again when I listened to the victim impact statement of Brandt Jean yesterday.  His older brother, Botham Jean, was shot by Amber Guyger, an off duty police officer who mistakenly entered his apartment, thinking it was hers.  Thinking Botham to be an intruder, she shot him dead.  This case became a lightning rod for the racial tensions in this country since the officer is white and the victim is black.  People across the country were crying out for justice for Jean.  Guyger was convicted of murder and sentenced to ten years in prison.  News crews had their cameras on emotional crowds in the hall who were yelling that ten years was not justice at all.

Brandt Jean, Botham's younger brother, gave a surprising victim's impact statement at the end of the trial.  Instead of focusing on the crime or on his now deceased brother, he focused on forgiveness.  He told Guyger things like, "I love you as a person," "I don't wish anything bad on you," and "I forgive you."  He also stated that "I want the best for you, because I know that's exactly what Botham would want you to do, and the best would be give your life to Christ."  After he was finished, he requested permission to hug her. 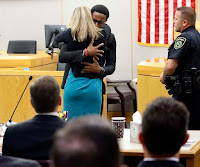 According to the Christian Chronicle, the mood in the building was transformed after this.  The commotion and the yelling stopped.  A lot of the media stories focused on the hug, and even on the offer of forgiveness, but either downplayed or omitted the talk of God and accepting Christ.  Instead of crying out for justice or even vengeance, Brandt, who is a Christ follower like his older brother Botham was, offered forgiveness and reconciliation.  Allison Jean, their mother, later said in an interview, "Botham loved humanity.  He was a forgiving person. And What Brandt demonstrated yesterday is what I believe Botham would have done.  To be honest, when I saw Brandt up there and what he was saying, I really felt Botham's presence in the room.  I really think Brandt was heavily influenced by his older brother and did just what he felt Botham would have done."

This is also demonstrating the ministry of reconciliation, which has the message, "Be reconciled to God."  I have been reading this passage again and reflecting on how I saw this in action:

"So from now on we regard no one from a worldly point of view. Though we once regarded Christ in this way, we do so no longer. Therefore, if anyone is in Christ, the new creation has come: The old has gone, the new is here!  All this is from God, who reconciled us to himself through Christ and gave us the ministry of reconciliation: that God was reconciling the world to himself in Christ, not counting people’s sins against them. And he has committed to us the message of reconciliation.  We are therefore Christ’s ambassadors, as though God were making his appeal through us. We implore you on Christ’s behalf: Be reconciled to God.  God made him who had no sin to be sin for us, so that in him we might become the righteousness of God" (2 Cor 5:16-21).
Posted by John at 2:56 PM