What a pitiful end to what could have been a magnificent story!  For hundreds of years, Israel disobeyed God through idolatry along with cult prostitution, engaged in child sacrifice, and oppressed the poor and needy in the land.  God sent prophet after prophet, yet the people did not repent.  Finally, Josiah comes along.  Nearly a whole chapter is devoted to a description of Josiah's destruction of everything pagan in the land - and there was a lot!  He even dug up the bones of the pagans from their graves and burned them on the altar where pagan sacrifices had been offered. 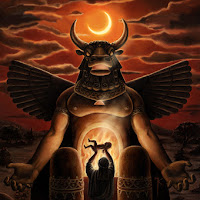 It also says in 25:10 that he "…defiled Topheth, which is in the valley of the sons of Hinnom, that no man might make his son or his daughter pass through the fire for Molech."

The Valley of Hinnom is "Ge-Hinnom" in Hebrew.  This was the place of pagan worship, which included child sacrifice.  The name of the specific spot in the valley was, "Topheth," which paints a picture of the grisly scenes and sounds from that place.  "Topheth," which means, "drums," is a reminder of the drums that were used during the child sacrifices to drown out the screams of the children who were burned in the pagan sacrificial fires.

Josiah defiled and desecrated this place so that it would no longer be suitable for pagan worship.  Though the text does not say how he desecrated the site, we can imagine that he filled the site with dung, dead carcasses, refuse, and other things that would have make the site no longer suitable for pagan worship.  After this time, the place was never again used for any kind of worship.  "Ge-Hinnom" literally became the city dump where people would dump garbage and burn trash.  The irony is that the place where pagan fires once burned became a place where the only thing burning was trash and garbage that had been thrown out.

This eventually became the word picture used for the place of eternal destruction for the wicked.  "Ge-Hinnom" came from Hebrew into the New Testament as "Gehenna" in Greek, which translators translate as "Hell."  According to Jesus in Mark 9:43f, Gehenna, or "Hell," is the place of eternal destruction were the fire is not quenched and the maggots do not die.  This is an eternal trash dump with eternal fire and eternal worms/maggots.

Even though Josiah did a good thing and went on to reinstitute the Passover, the sins of the people and the leaders after hundreds of years of warnings did not stop the destruction that came.  Josiah was killed in a battle at Megiddo, and soon afterwards, Israel was defeated by Babylon, which destroyed the temple and carried away all of its treasures.  However, in reality, the people had already made the temple desolate long before this due to their ongoing wickedness and disobedience.  The destruction of the temple and the city around it was merely a physical reflection of a spiritual reality that had been there for generations.  The books of Kings closes with the temple, which was the focal point of God's relationship with Israel, in ruins.

Fortunately, the story does not end there.  The last book in the Bible shows another battle at "Har-Meggido," which means, "Mountain of Meggido" in Hebrew.  It is usually rendered English as "Armageddon."  In John's vision, the enemies of God gather together to make war against God and his people.  Revelation 16:16 says, "And they gathered them together to the place which in Hebrew is called Har-Magedon."  However, things turn out differently this time.  God's seventh angel pours out God's final bowl of wrath, and all of nature destroys God's enemy.  The battle is over before it even gets started!  In spite of all of the bravado of God's enemy, Armageddon never happens!  All of God's enemies are subsequently destroyed and thrown into the lake of fire.  Then, the final picture we have in Revelation is of God's people living in the new Jerusalem with a New Heaven and a New Earth.  There is no more sickness, pain, mourning, or death.  There is no one who practices wickedness or abomination there.  Satan, Death, Hades, and everything contrary to the nature of God has been destroyed in the lake of fire forever.  Finally, God's people "will see his face," according to Revelation 22:4. 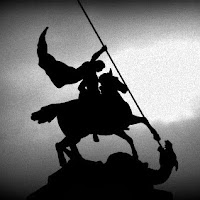 This reminds me of the need that we have for God.  We cannot fight Satan on our own.  The first battle at Megiddo ended in disaster.  However, at the last battle at Meggido in Revelation, God fights for his people and destroys the true spiritual enemy that has been fighting against God's people from the very beginning.  Only when we truly and fully rely on God can there be victory.  As Jesus said in John 15:5, we can do nothing apart from him.

Therefore, no matter how much Satan tries to lure us away, whether it is through intimidation or deceit, we remain faithful to God because he is the one that will lead us to victory.

Gehenna is the place for the wicked.  We don't stand with the wicked, even when it is the in thing and everyone else is doing it.  Even if the whole world tries to redefine what is right and wrong, or tries to jettison the very idea of right and wrong, we will not be intimidated, bullied, shamed, or pressured into buying into the political, multicultural, or prevailing view of what is right.  When Christ returns on his white horse, there will be a final judgment based on what God says, not on what the university professor says, the politician says, the school teacher says, or your friends say.

If I stand with Christ, the burning may be bad on this earth.  However, it will only be temporary.  If I stand with the world, then I may avoid the temporary burning on this earth, but will not avoid the eternal burning in Hell.  If I try to choose neither and straddle the fence, then I am not standing with Christ and still will not avoid the eternal burning.  In Matthew 12:33, Jesus said I am either for him or against him.  This means that Satan owns the middle fence.  I cannot stand with Christ if I am on the fence.  Trying to straddle the fence detestable to God like an unfaithful spouse who is trying to straddle the fence and juggle between a spouse and a lover.  Straddling the fence is spiritual adultery.

Lord, please help us to learn the lessons of the past.  You have committed much more to us than we could ever commit to you.  Help us to see the world as it really is and what the end results are of whatever path we choose.  May we love you with all our heart, soul and mind.  May we, like Jesus, love righteousness and hate lawlessness.  May we hate sin so much that we are willing to lay down our life for our neighbor to rescue them and bring them to Christ.  Help us see how trying to straddle the fence is as detestable to God as a spouse trying to straddle the fence between a spouse and a lover.  May you always be number one and the only one in our lives.
Posted by John at 11:33 AM