The State of the American Church (part 2 of 2)

In the first part of this piece, I gave my reflections on some of the factors that I believe contribute toward the general decline of the Lord's Church. These included:

The point of this was not merely to be critical of our culture or of the Lord's Church as has become fashionable in recent years. Instead, the purpose of this essay is to assist in moving believers toward a more faithful vision of the Lord's mission in today's time. 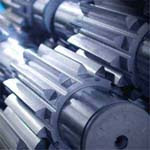 I have not explicitly mentioned "methods" in any of my reflections here. It seems that a methodological solution may be more a product of our culture than of Biblical reflection. In the modern Western Mindset, there is the thought that there is a scientific methodological solution to every problem. I would not be surprised to find that many disciplines might have been affected by this mindset. In Psychology, that is probably where the "behavior modification" theory came from. In the 1980's, I think one strand of the Church Growth Movement was fueled partly by the same mindset. The thought seemed to be that if the church is not growing, then we need to adjust our methodology in order to fix the problem. Some churches become more market driven, as though they were the dispenser of religious goods and the members were the consumers. Overall, the Church Growth Movement did not deliver what it promised. I think we learned a lot from the Church Growth Movement, one of which is that the solutions go much deeper than method. Part of the problem may have been we have identified the wrong thing as the problem. Dwindling numbers are not the problem. They are the symptom of a deeper problem. The solution has more to do with our sense of God-given identity, who we are, and what we are called to do. The changes in our culture along with dwindling numbers have forced us to re-examine these questions. A cultivation of a deeper spirituality, which helps us to discover God's answers to these questions, is a step in the right direction.

Over all, I believe that when the church is faithful to its calling to be a sent people, and that when it has the correct emphasis in its message and practice, that the mission of God will be carried out. What is encouraging to me is that I am beginning to see more and more people grapple with these sorts of issues with a commitment to be faithful to the mission of God.

But what should it look like in our particular cultural context? How can the church faithfully carry out the mission of God? Obviously, this looks different in African churches than in North American churches. Missiologists have combined a sound theology with insights from social sciences such as cultural anthropology, which gave birth to "Missionary Anthropology." Their insights on how to contextualize the Gospel in order to establish indigenous, healthy churches that can effectively engage their own culture has proven to be a fantastic success in the last three generations. Their understanding of cross-cultural missions has enabled them to better carry out the mission of God in their culture. It seems to me that the mission of God is becoming increasingly "cross-cultural" right here in North America. Our culture is shifting from its Western Christianized roots. This means that it will take wisdom and insight to avoid doing what early missionaries did in places like Africa, which was to infuse the gospel with western culture and convert people not to just Christianity, but to "Westernize" them as well. This did not work well. Just as a tropical plant that is transplanted to a climate that it is not indigenous to will become sickly, the church in Africa was the same way when missionaries indiscriminately mixed western culture with the Gospel. Could it be that this is now an issue in North America? Is it possible that our ineffectiveness might be due in part to trying to promote withering Western ideas that are no longer "indigenous" to America? Is this why Christians are finding it increasingly difficult to share the message of God with a culture that seems to become increasingly alien to them?

I don't have all the answers, but I do believe that in our effort to be faithful to the mission of God, we are going to have to find new ways to communicate the message of God, and it will not be centered around a "building" or an "institution." What is encouraging to me is that I am now seeing this begin to take place around the country as Christians begin to think more outside the box. At this point in our history, the box of western culture will only limit our effectiveness in carrying out the mission of God. The mission of God is about going where the people are and inviting them into the Reign of God, which the Lord offers to those who truly believe, not about building an institution.

The "Reign" of God 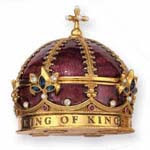 Perhaps an answer can be found in a reexamination of what the Reign of God is supposed to look like while being aware of our cultural biases. "Reign" is a better rendering than "kingdom," because "kingdom" implies geographical and political boundaries. The original Hebrew phrase was Malkut Shemayim "Reign/Rule of Heaven," not "kingdom," which is a different Hebrew word. The English word, "kingdom" came from the Greek language, which translated this phrase using the word, basileia. This word can mean either "reign/rule" or "kingdom." Context identifies which meaning is meant in Greek. The context goes back to the Hebraic image of the "Reign of God," which transcends geographical, social, or political boundaries. Indeed, Jesus said that His reign was not of this realm (Jn 18:36). This is why Jesus said that the reign of God is "in you" (Lk 17:21).

In my experience, preachers and teachers rarely looked to the Gospels in their study of the Lord's Church, with the exception of Jesus' words, "I will build my church." This leaves out a very significant portion of the teaching concerning the Lord's church. Jesus' favorite term was the "Reign of God." It was the centerpiece of his teaching. Everything he taught flowed from that concept. The concept of the Reign of God goes all the way back to creation where God instructed mankind to "rule" the earth, which mankind failed at. Jesus, the ultimate son of man (human), and also the Son of God, inaugurated a new Reign of God, which was the fulfillment of God's promises. What does life look like under the Reign of God? What are the identifying marks of the Reign of God? You come away with a very different picture from the Gospels than some of the studies I grew up with that stressed more of the "institutional structures," such as the "plurality of elders" the "Bible as its only constitution," and things of this nature. The Reign of God is subtle yet pervasive. It is quiet yet subversive. It redefines every aspect of thinking, motivation, and actions. For example, the Sermon on the Mount is an exposition of the Reign of God. Like the instructions for kingdom life in Deuteronomy, which spells out the blessing of living under the rule of God, Jesus spells out the blessedness of living under the Reign of God for the Christian in the Sermon on the Mount. A fresh reading of the Gospels with a heart to truly participate in the Reign of God does not allow one to be a "nominal Christian."

Rather than spell it out any more than this, my humble advice is to re-read the Gospels and note the marks of the Reign of God, and compare it to the culture in which we live, and especially to our local congregation. This is an important exercise because it causes to re-evaluate everything. I once read that, "We do not know who discovered water, but we are pretty sure it wasn't a fish." We live immersed in our culture, which makes us hardly aware of it. This includes both our national culture, and even the subculture of our own congregation which has been shaped by the larger culture. Many of the subtle values of the system of this world we accept and are hardly aware of it.

Ultimately, the challenging and humbling question that should arise from all of this is this: What marks of the Reign of God do are evident in our lives? What will it take for us to be faithful to the mission of God?
Posted by John at 11:24 PM

I agree that too often western Christians are overly concerned with method and assuming that what has worked at church A must be an appropriate model for all churches. If a church, in fact The Church, is to be truly Spirit-led, our only hope is to first be on our knees before the Lord, not running to the bookshelf for a "7 Steps" to the best church plan ever.